This post is about hacker activism, disruption and social iconography. Images used in this article are without permission, serving their profound duty as another link in the chain of hacker identity proliferation.

Today’s news about Jack Dorsey’s Twitter account hack drew my attention to Chucklingsquad. I’d not heard of them before and of course their hacking exploits are designed first and foremost as PR exercises to alert the world to their hacker identity, not just ability. Googling them reveals numerous exploits disrupting high profile social media personalities and what appear to be the blandest social media sharing identity profiles. What really struck me was the name, with ***chuckling*** in it. So, the Laughing Man again.

I think these hacker hero figures and their fictional and real exploits are by far the most interesting cultural things going on today. Politics, rock music and comic superheroes are so last century. While we all might have been worrying about the state of art/ rock stars/ politicians/ society, the revolution already happened, quite some time ago. The cat is out of the bag and it cannot be curtailed, controlled, legislated for or managed in any way at all. I think this point has been completely overlooked by ninety percent of people. They do not get it. No matter what you do, data is free. No matter how you try to lock it away, encrypt it or dress it up, it is out there, like the wind. You can catch it and put it to use, but you cannot contain it, fully. It’s just there.

Culturally of course, hacker teams are heroes. Cooler than rock groups, cleverer, weirder, just better in every way. They stand up against the man, they do as they like, they are arch perpetrators of libertarian anarchy. JD Salinger is at the root of this stuff, his short story ‘Laughing Man‘ responsible for kicking off the seminal storyline in Ghost in the Shell, which I won’t repeat here, you can look it up on Wikipedia yourself. But that story, which goes on to develop into the Individual Eleven (also literature based but this time centering on literature which is fiction itself), terrorism, government agenda and individual rebellion (even to the point of suicide, hacker induced or not) really encapsulates something about hacker freedom that is supremely modern and glorious.

So Chucklingsquad have been up to all sorts, by the look of things. Note the profile avatar used in their hack of BigJigglyPanda Instagram account. A laughing man style smiley. Using the slogan ‘remain is daddy’ implies these guys are Brits, as ‘daddy’ is a slang term made popular in 1979 film Scum, about a high security borstal. In a key scene of a fight between two inmates seeking to control the borstal, Ray Winston’s character Carlin declares “I’m the Daddy now“, after mercilessly beating the other inmate. ‘Remain’ is the remain in the EU side of the current brexit debate, and ‘remain’ is a huge keyword on Twitter in non Stateside trends.

Another Instagram hacked by Chucklesquad is Lyricalemonade, who seem to be a pop group. They’ve also hacked some notorious YouTube accounts including Shane Dawson and James Charles (I have no idea who these people are, but apparently they are famous). 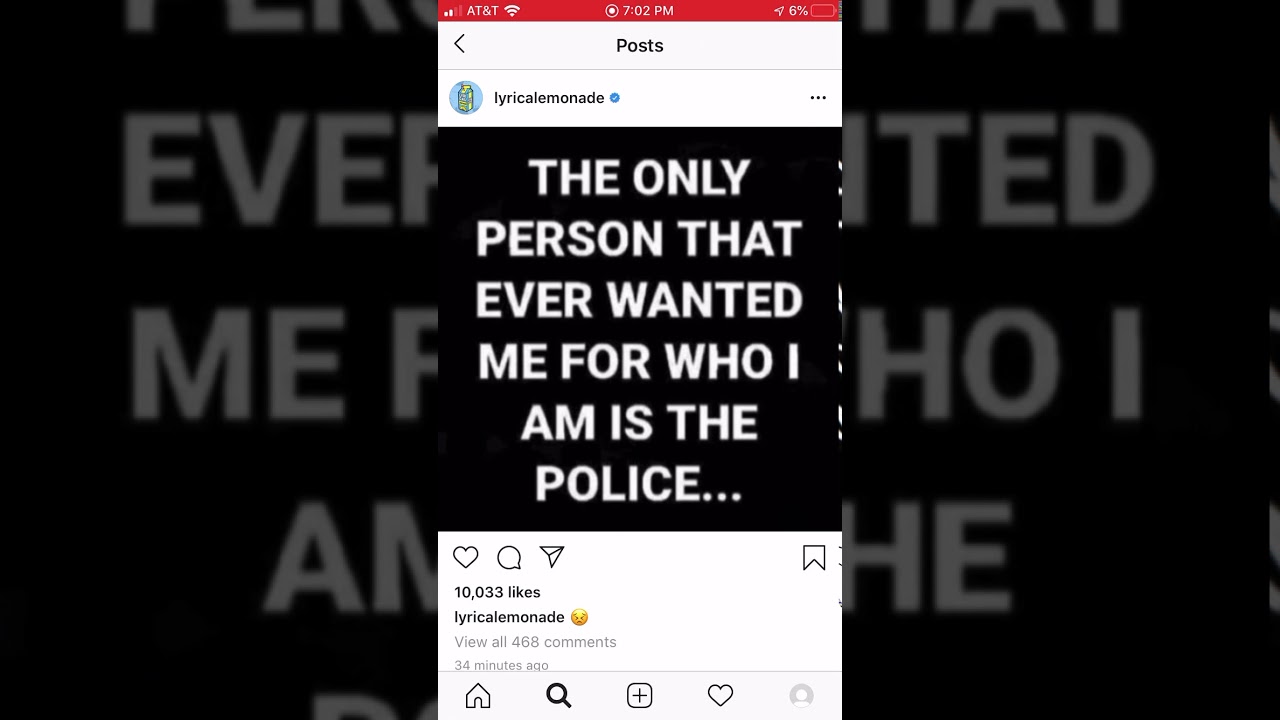 Note here too that Anonymous also adopt visual association to the laughing man. This cultural sweep attracts exactly the right kinds of people, you need to know quite a bit about the longtail of web culture and cultural referencing to get what this is about and understand the connections and call signs that are hidden in plain sight. It really is beautiful to watch this stuff develop across the global webland we now all Occupy. You can find a lot of this Anon iconography when you google ‘Anonymous laughing man’.

My own favourite hacker identity, Vague Blur, who I periodically write about, is another cultural icon representation of data libertarianism, the League of Noble Peers, though as yet LNP aren’t laughing, giggling, chuckling or even just grinning.

Jamie King, director of Steal This Film (Two), is known as a member of The League of Noble Peers. Some members of The League of Noble Peers were involved in the organisation of “Oil of the 21st Century – Perspectives on Intellectual Property” conference in Berlin, Germany in November 2007, at which Steal This Film (Two) premiered in a preliminary version.” 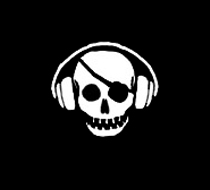 The image I found (below) that most calls signs Vague Blur with the Laughing Man shows a very similar idea about live video identity obfuscation (this also appears in the GITS story), somewhat reminiscent of the scramble suit in a Scanner Darkly, and referred to by characters in that movie as ‘the vague blur’ as noted above. 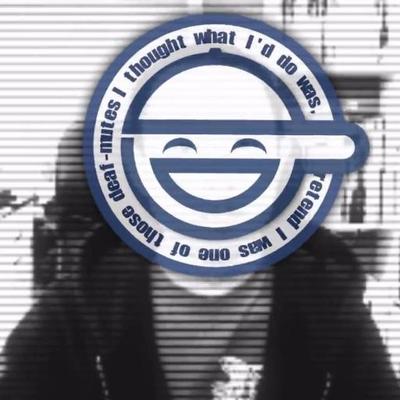 A final thought. If you follow industry and research updates for digital rights management you will notice a lot of headlines concerning huge VC investment in encryption methods, huge commercial deals between software companies and media content providers to encrypt and secure their content from P2P or even download ownership, ‘multi-billion dollar’ estimations of the ever expanding size of the DRM industry. A never ceasing opportunity to generate money, in other words. Who is DRM serving? The IPR owners, or those who simply make money off the back of them? While all these worthy headlines appear, there are equal and very likely more accurate estimations of the current state of DRM, that within a week of any new encryption method being released, it is hacked. So, who is the real daddy?

Featured image Denys Nevozhai on Unsplash. The other images shown here have been copied and pasted directly into this article, in the same way I might use them on Facebook. I am not importing them into my database, so strictly speaking, though I am making a facsimile, it is not a separate entity as does not exist on my database on this server. Am I pirating the content or am I simply hacking how data works?